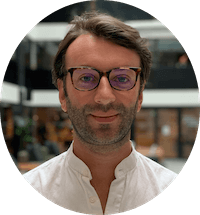 …is the estimated amount of savings on payouts realized by car insurance companies during Covid-19 lockdown in the USA, as most drivers stayed home during spring spike

Cost of claim in a normal period

With the Covid-related restrictions measures taken in the USA, most American citizens were forced to stay at home. Measures varied from state to state but in general, major traffic restrictions happened during the entire spring period . As a consequence, daily vehicle-miles travels (VMT) came to a halt, meaning fewer people on the roads, and a lower probability of accidents to occur. Those facts are confirmed by the numbers HelloSafe could gather:

From mid-March to mid-May, it has been observed across the American territory:


…during the restriction measures compared to a normal “year”

19,7%
decrease in deaths by
accident

…due to low traffic on the American roads

…sent by motor insurers to US garages, in comparison with the same period in 2019

How much did insurers save during the Covid-19 spring spike?

Overall, insurance companies could have saved up to $15.087 billion thanks to the change in driving habits caused by the restriction measures taken in many States across the US territory:

The highest savings made on over 86 years old premiums

As the graph shows, the average car accident claim value is highest for people aged over 86. Since people from this age range were the most concerned with Covid-19 lockdown measures, with most of them ‘shielding’, they were far less likely to be seen on the road in Spring. As a consequence, the number of car accidents involving people in this age group drastically dropped, as did the sum spent by insurance companies on such coverage.

Will the US policyholders see their money back?

The change in driving habits during the Covid-19 spring spike also modified the risk assumptions used by insurance companies to calculate insurance premiums. Because of the reduction in traffic, American drivers were less at risk than expected at the beginning of the year and thus represented a lower cost to insurers. However, the large majority of the US vehicle insurers did nothing, although some had gestures for their policyholders.

As a result insurers implemented refund schemes. Allstate (the fourth biggest car insurer in the US) announced it would give back $600 millions to its policyholders. American Family Mutual also refunded its customers, returning $200 millions in total to its smaller policyholder base. Farmer insurance (the 7th largest player on the market) decided to reduce premiums for Farmers and 21st Century vehicle policyholders by 25% for the month of April, and 15% for May.

Whoever they’re insured with, people can save money on their car insurance by withdrawing unnecessary cover. In addition, if they’re not driving as much as they used to because they’re teleworking, they can reduce their mileage, which will bring down the premium. Insurances are products to negotiate every year!

“With most people stuck at home during the Covid spring spike, their vehicles have inevitably stayed in the garage. Now that the restrictions are over and people are going out again, the number of cars on the road are almost back at pre-Covid levels. However, it is likely that customers will question why they continued to pay such high insurance premiums while they weren’t able to drive. It will be interesting to see if all the insurance companies will make refunds. Competition between them may be increasing in the coming months, and that means customers should see a slight drop in car insurance premiums in the US – even if huge differences have been observed between the States”.

We based our study on public information provided by reliable data-providers and private insurance partners who provided us anonymously with claims for the period from the 15th of March to the 16th of May.

hello-safe.co.uk is a comparison platform which is shaking up the insurance market – giving you access to the best UK insurance deals in less than 30 seconds. Safe is supported and financed by Blue, an Insuretech Venture Capital firm. Blue already owns two leaders in the French insurance comparison market, Réassurez-moi and Coover. These platforms help more than 10 million people with their insurance every year. We have developed a unique comparison technology that gives access to cover details and quotes without customers having to give their phone number or email address. This engine is the result of four years of hard work.